We immediately fell in love with Marden and its people

We immediately fell in love with Marden and its people

We moved to Marden 40 years ago on the back of a wonderful promotion opportunity. I was working in Finsbury Park, North London, and the new job was to be in Maidstone. At that time we were living in Woking, Surrey, where there was an excellent commute to London with 6 trains every hour.Despite viewing many properties in the Maidstone area we eventually viewed our current family home here in pretty rural Marden. Not only did we fall in love with our new home, we immediately fell in love with Marden and its people. With 3 young children, the youngest only 3 1/2 months old, the village and its many amenities seemed to fulfil our every ambition. It had a bus service, train station to London, a wide choice of small retail shops and a beautiful 12th century church and a population of only around 1800/1900. I notice from the last census in 2011 this figure had increased to 2265My 2 boys loved the many ponds and lakes, which had a great variety of wildlife, frogs, newts, various fish and there were barn owls in abundance. Those days are quickly disappearing fast. We were surrounded by wonderful orchards and hop gardens. The present Cherry Tree estate, alongside Stanleys garage being a large cherry orchard. There were dog walks a plenty with all the local farmers being so amenable to you using these, even if they were not designated footpaths!. I particularly remember walking in the Blue House orchards ( now I believe owned by the Firmin family ) and seeing flocks of lapwings especially during the cold winter months of Dec, Jan and Feb. They still visit us every year to this very day.This beautiful, historic village of Marden has more than played its part over the past 40 years as we entered the 21st century in adding some smaller new developments and with the present increase in new housing adding almost 700 new properties the village is already full to capacity. If I move my car in the early morning it is often impossible to park, when I return, anywhere near my home.To all Group members (this is now) a plea to all of you re usage of your car(s), whether it be to the school,shops, memorial hall, vestry hall etc, please try and allow a little more time and just WALK. Walking is good for you. Also, parking on the pavements is just inconsiderate to the general public, including young mums with push chairs, elderly people with zimmer frames or wheel chairs, disabled people and of course blind/VIP people. ( sorry, visually impaired people ) with guide dogs.I feel I should end by giving an opinion on the proposed ‘garden village’. The proposal would be like building a ‘new’ town and Marden with its history, character, narrow roads, and already substantially increased traffic flow and lack of parking spaces just could not cope. Building would take 10/15/20 years with an increased population of almost 10,000 people and we will lose all of our very successful local high street shops.GOD FORBID THAT THIS PROPOSAL IS SUCCESSFUL 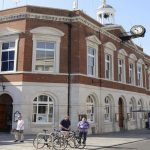 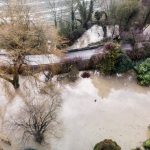 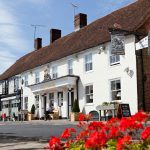 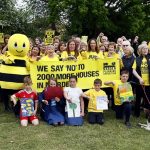 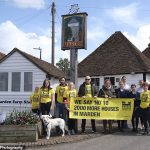 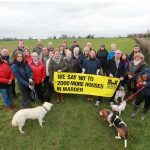